PeopleFund client, Charmane H. Sellers, President and CEO of ALEON Properties, Inc., a 100% Veteran Woman owned local construction company with extensive experience in historic projects, is part of an illustrious team of organizations working on keeping American history alive in Bastrop County. In collaboration with American Youthworks and the Hopewell Rosenwald Committee, ALEON has been a part of a massive undertaking in the historic restoration/preservation of the Hopewell Rosenwald School in Cedar Creek, Texas (established approx. 1920). Historic preservation and the efforts, commitment and strong determination of the Hopewell Rosenwald School Committee aims to connect a concern for this prestigious historic school and the immense significance of its history with the overall community.

Charmane’s company, ALEON, is the General Contractor, managing and providing the construction services for the restoration of this monumental historic project. ALEON’s team, especially the previously assigned Construction Manager, Bobby Sellers (who passed away in 2018), have been working on competing for this project, dating back to 2015 with company presentations/pitches, and various prospective Client and Hopewell Rosenwald Committee meetings, leading being selected as the GC and breaking ground in 2016 with steady progress to current day, with completion estimated for November 2019.

ALEON’s role in the collaboration with American Youthworks and the Hopewell Rosenwald Committee are committed to doing their part in ensuring factual history, as it pertains to African-Americans in this country, specifically in the state of Texas, is completed and presented for the local community, the state, the country and the world to see. 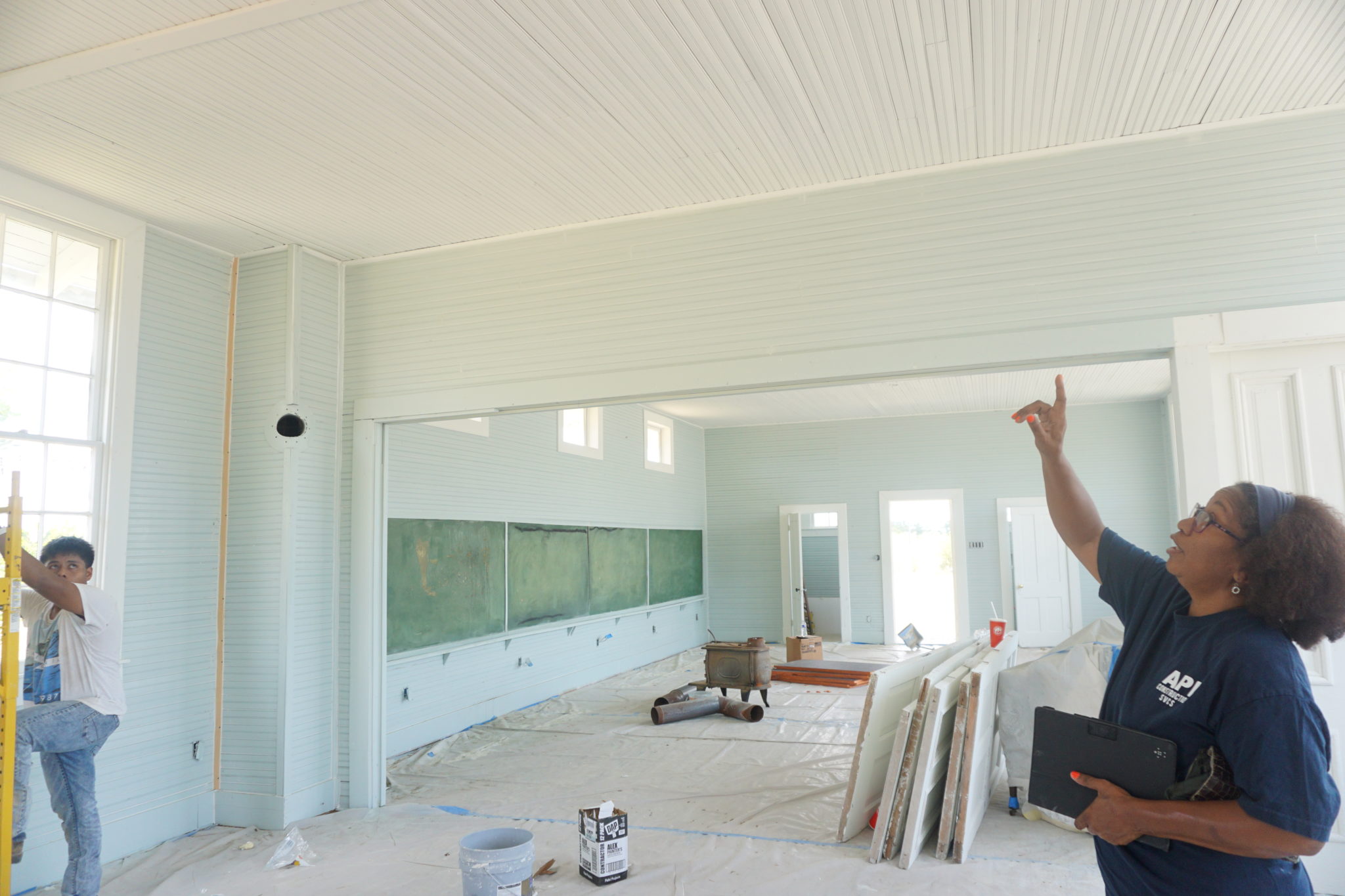 Few people know the robust history of Hopewell Rosenwald Schools in the Lone Star State, nor how important the initiative was to advance the education of African-Americans in the early 20th century.

In the turmoil after the Civil War, African Americans sought out educational opportunities at schools opened by the Freedman’s Bureau, the American Missionary Association, and African Americans themselves. Eventually, the task fell to local counties and municipalities, that were often mandated by state constitutions to provide one school system for whites and one for African Americans.

Mr. Julius Rosenwald a partner in Sears, Roebuck and Co. since 1895 and philanthropist collaborated with the distinguished scholar Mr. Booker T. Washington to create the concept of building rural schools desperately needed for African American children across the segregated South. Washington’s overarching goal for Southern African-American children was to ensure access to quality educational opportunities. That partnership sparked an initiative that created more than 5,300 buildings across 15 states in the South and Southwest from 1912-1932. The program donated more than $28 million and resulted in 527 funded buildings on approximately 466 school campuses in Texas.

With financial assistance from the Rosenwald Fund, these communities built modern school facilities, many of which operated as schools into the 1960s. The Texas Historical Commission’s Hopewell Rosenwald School database indicated that 21 buildings have been confirmed to be demolished, while 39 are still standing.

Parc Smith, CEO of American Youthworks commented, “American YouthWorks is honored to be a part of this project to restore the Hopewell-Rosenwald School that recognizes and commemorates African-American history in the United States. This restoration project has been an important opportunity for our students to learn about the impact of this time period while they also gained valuable job skills in construction. We hope the transition of the Hopewell-Rosenwald School to a community center will serve the people of this area for many generations to come and act as a reminder that we can bring hope to times of struggle in our country’s history.”

Charmane is particularly optimistic about the future of the Hopewell Rosenwald School and the importance of the school in our national history. She hopes that girls, young ladies, and women are encouraged to learn more about their roles in this part of history and recognize the importance of carrying forward legacies in the areas of Science, Technology, Engineering, and Math, much like the courageous and brilliant students who attended and outstanding educators who taught at schools such as the historic Hopewell Rosenwald School.

Learn more about Charmane and ALEON Properties at their website here.

This entry was posted in Client Success and tagged ALEON, client feature, client success. Bookmark the permalink.
Previous Next